ARTICLE 88.- LGA. Import for consumption is the customs regime by which goods imported from foreign territory or free zone, can remain permanently within the customs territory. This regime implies the total payment of the import customs duties and the fulfillment of the customs formalities. RELATED NORMS OF THE REGULATIONS. Article 132 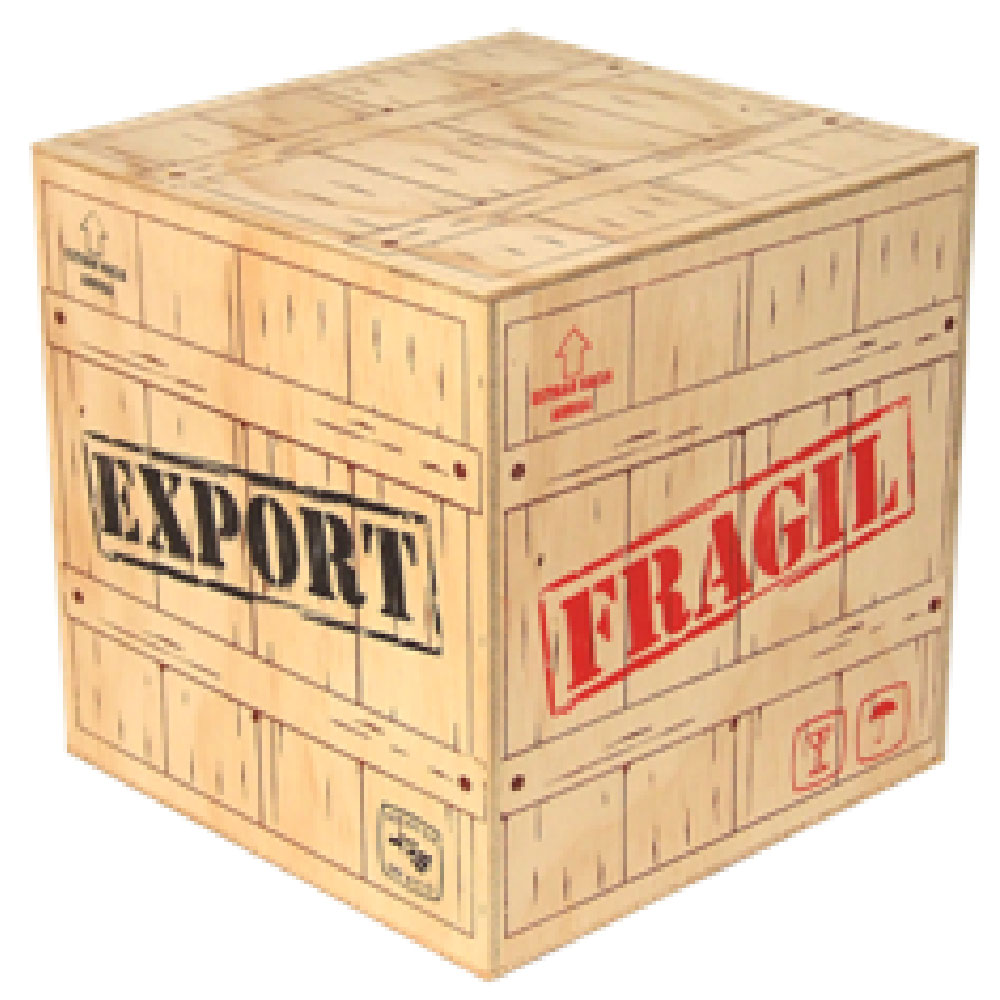 ARTICLE 98.- LGA. Definitive Exportation is the customs regime applicable to goods in free circulation that leave the customs territory and that are destined to permanently stay out of the country, without the payment of customs taxes, except for cases established by Law. RELATED NORMS OF THE REGULATIONS.- Article 136

ARTICLE 99.- LGA. The State guarantees the free exportation of goods, with the exception of those that are subject to express prohibition and those that affect public health, State security, the preservation of fauna and flora and the cultural, historical and archaeological heritage of the State. the nation.

ARTICLE 128 (SCOPE) .- The immediate dispatch will be applied only in the importation for the consumption of certain merchandise that by its nature or storage conditions must be arranged by the consignee immediately. RELATED NORMS OF THE LAW.- Article 89.

ARTICLE 89.- LGA. Goods that, due to their content and nature, are easily recognizable and whose volume, weight or other conditions make it difficult to introduce them into fiscal or private customs warehouses, may be subject to customs clearance for consumption immediately, under the control of the Customs and with full compliance with all customs formalities. 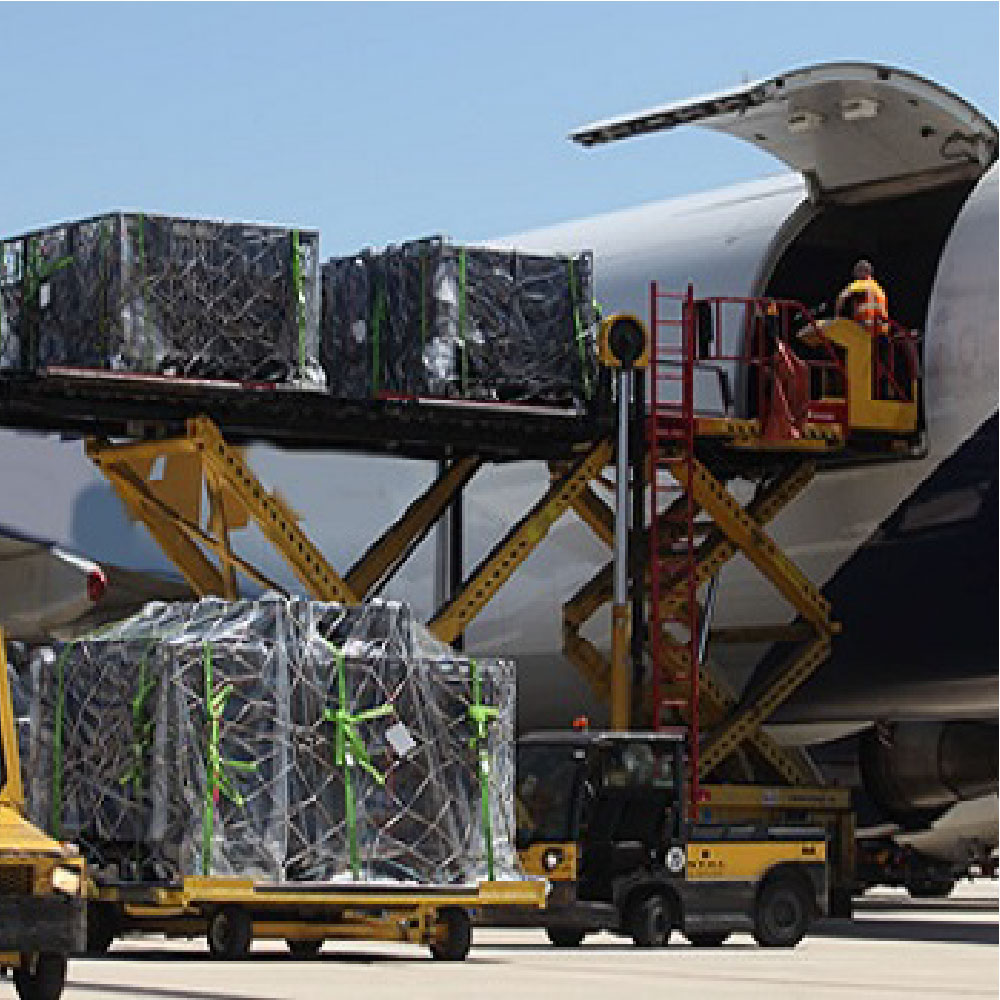 ARTICLE 123.- In accordance with article 77 of the Law and in order to simplify the customs procedures, any natural or juridical person, public or private, may avail themselves of the advance clearance, even if their merchandise has not been presented or delivered to the customs administration of destination, provided that it has the indispensable information and supporting documents for its importation. 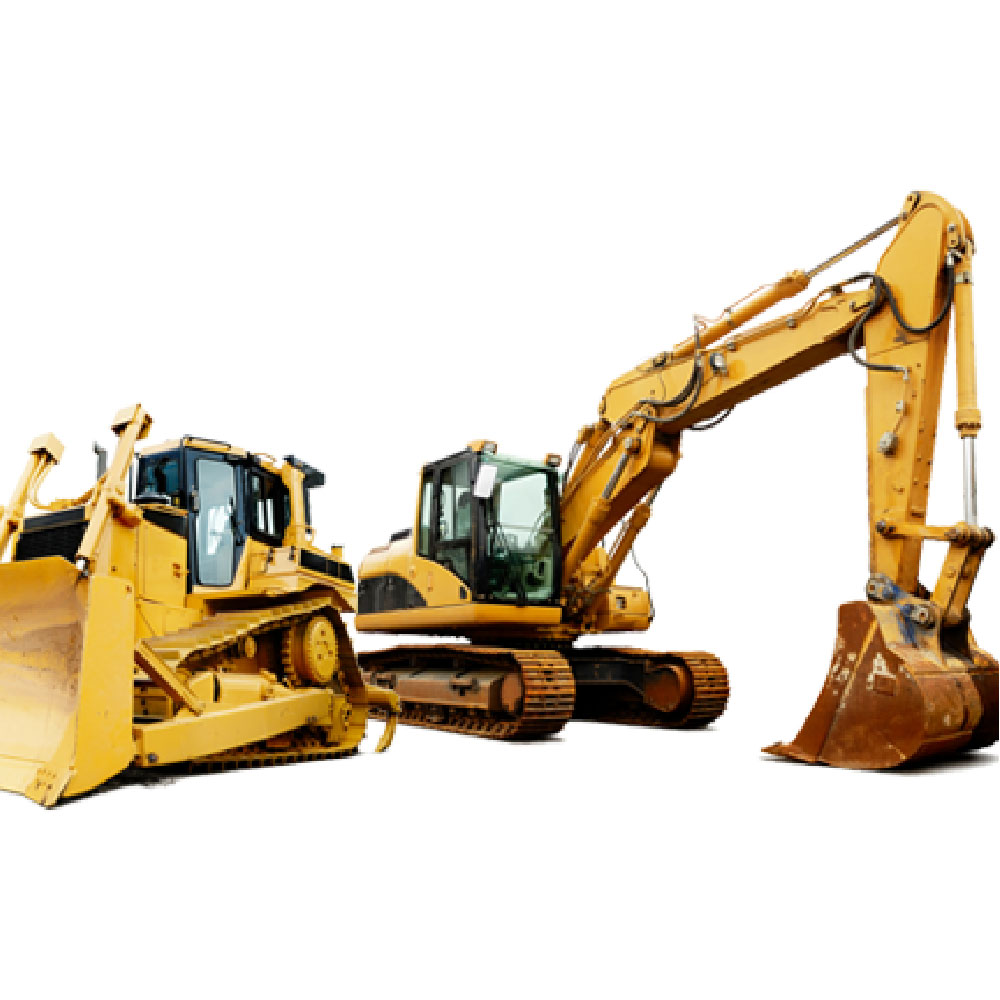 ARTICLE 124.- LGA. It is the customs regime that allows receiving in the national customs territory, with suspension of the payment of import customs duties, determined goods and destined for re-exportation, within the term determined by Regulation, without having undergone any modification, with the exception of the normal depreciation of the goods as a consequence of the use made of them. The temporary admission will be made with the presentation of the Declaration of Merchandise, previously having to constitute a bank guarantee bond or surety bond that covers the (100%) of the import taxes suspended before the ANB.

ARTICLE 127.-LGA. Temporary Admission for Active Improvement means the customs regime that allows to receive certain goods, within the national customs territory, with suspension of the payment of customs duties, destined to be re-exported in a certain period of time, after having been submitted to a transformation, processing or repair. The authorization to qualify for the Temporary Admission for Active Improvement program will be requested from the Ministry of Foreign Trade and Investment, which will grant the term required by the inward processing operations, in accordance with the Regulations. 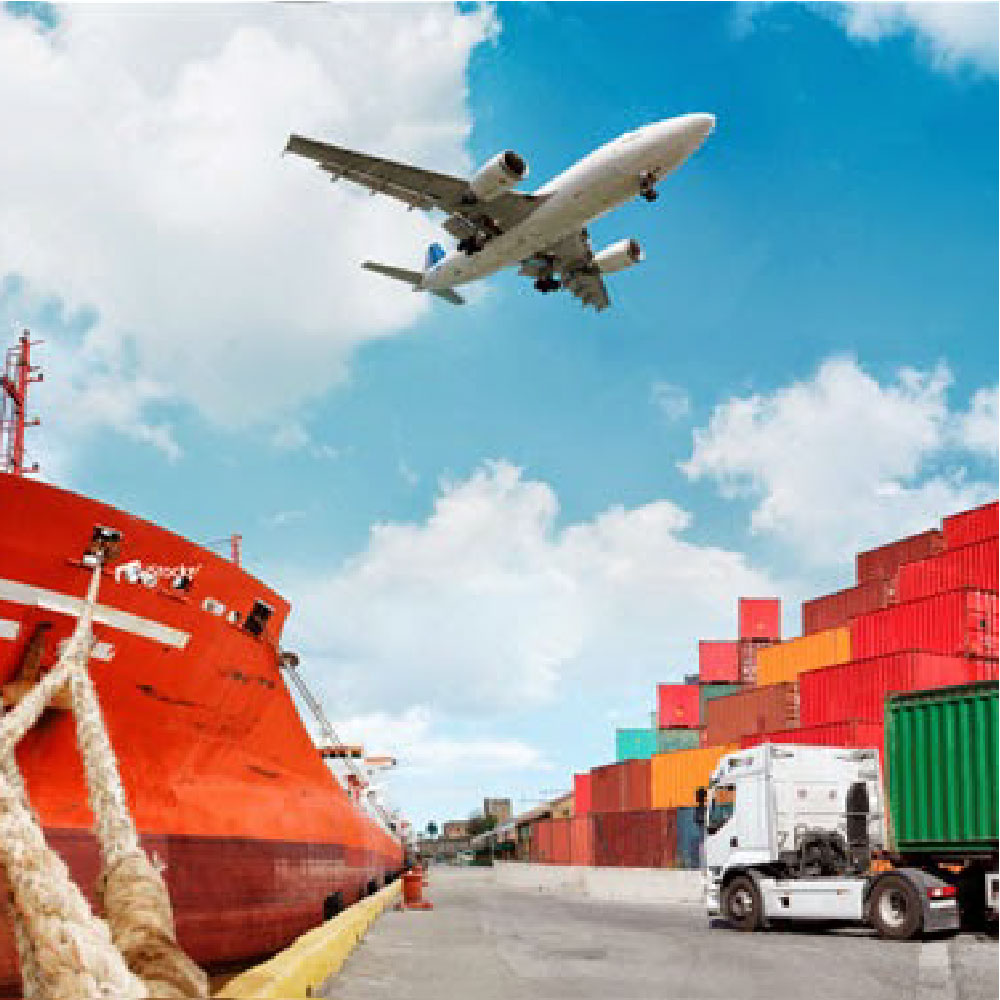 ARTICLE 131.-LGA Temporary export for outward processing refers to the customs regime that permits the temporary export of freely circulating goods in the national customs territory, to be submitted abroad or in export processing zones for processing, processing or repair and reimporting them with the payment of customs taxes on the added value. 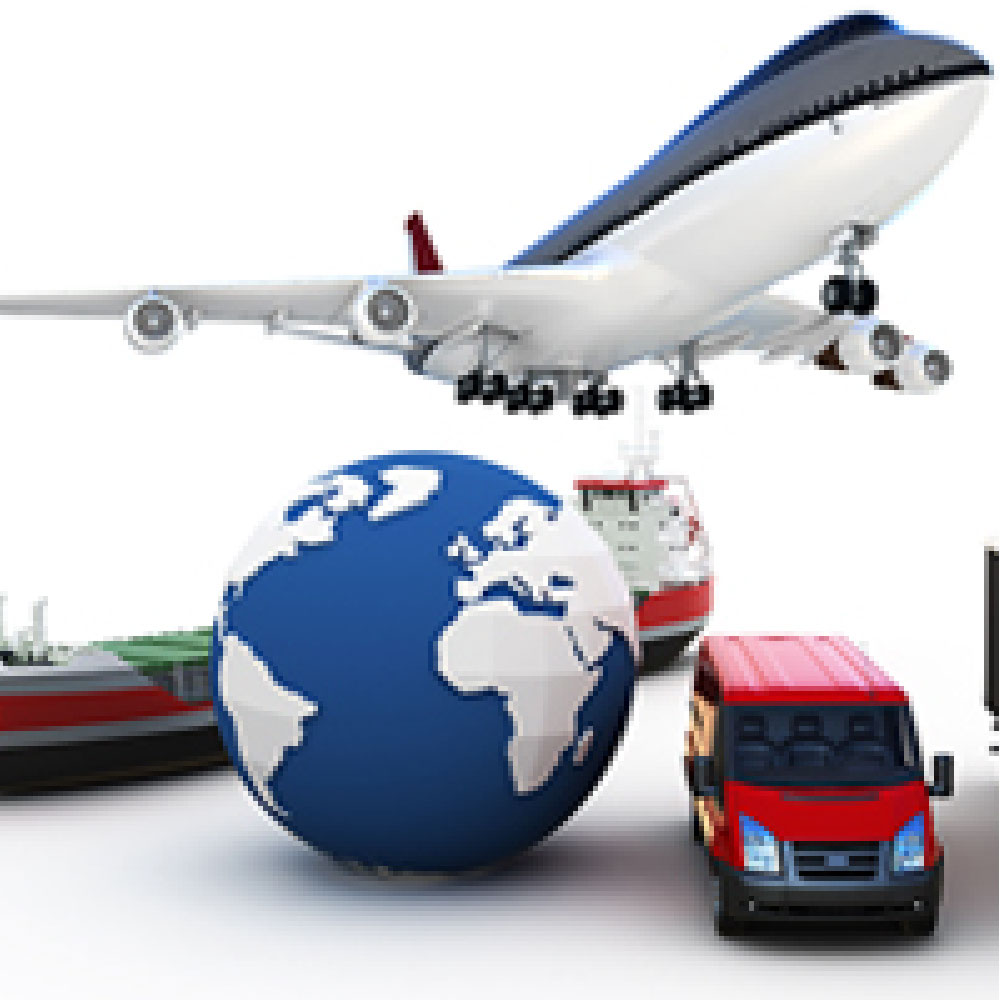 The re-exportation consists of the departure of a place destined to the exterior of the national customs territory of foreign merchandise that was introduced to a place in temporary admission.

ARTICLE 142.-LGA Goods produced in industrial free zones or stored in commercial free zones may be redirected to a foreign customs territory, the same that will be made and formalized with the presentation of the Goods Re-export Declaration. For the re-dispatch of merchandise, the customs administration will require the consignor of the merchandise the constitution of a bank guarantee or guarantee bond in the amount equivalent to the total payment of the import customs taxes. The guarantee granted will only be returned when the physical exit of the merchandise from the national customs territory and the entry thereof into a foreign customs territory are reliably proven, a term that may not exceed thirty (30) days from the date of its redispatch, under the alternative of execution of the guarantee card.

ARTICLE 150.-LGA Only the re-loading of the goods that are in customs warehouses destined abroad, with the presentation of the Declaration of Exportation Goods, before the expiration of the legal storage term authorized in the case of Customs Warehouse and shall proceed. provided that no customs violation had been committed. For the re-loading of merchandise, the customs administration will require the consignor of the merchandise the constitution of a bank guarantee certificate in the amount equivalent to the total payment of the import customs taxes. The guarantee or bond granted will only be returned when the physical exit of the merchandise from the national customs territory and its entry into the foreign customs territory is reliably proven, a period that may not exceed thirty (30) days from the date of re-shipment, under the alternative of execution of the guarantee slip.

ARTICLE 96.-LGA Reimportation of goods in the same state is the customs regime that allows the importation for consumption, with exemption from import customs duties, of goods that have been temporarily exported and were in free circulation or constituted compensating products, provided that these or the goods have not undergone any transformation, elaboration or repair abroad.

ARTICLE 134.-LGA Free Zone is a part of the national territory in which the goods that are introduced in it are considered outside the customs territory with respect to customs taxes and are not subject to customary control of the Customs.

ARTICLE 135.-LGA The free zones, object of the present chapter, can be industrial and commercial.

I. Industrial Free Zones are areas in which the goods introduced are subject to passive processing authorized by this Law, in favor of the companies that carry out said operations for their subsequent export, re-export or import to the rest of the national customs territory.
II. Commercial Free Zones are areas in which the goods entered can remain without a time limit, without any transformation and waiting for their subsequent destination. They may be the object of operations necessary to ensure their conservation and ordinary manipulations aimed at improving their presentation, commercial quality and packaging for their transport, such as their division or consolidation into packages, batch formation, classification of merchandise and change of packaging.
Goods that are in free zones may be introduced into national customs territory by any of the following customs regimes:
a) Import for consumption,
b) Admission with exemption from the payment of customs duties,
c) Reimportation of goods in the same state,
d) Temporary admission for re-exportation in the same state,
e) Temporary admission for inward processing,
f) Transshipment, and
g) Re-dispatch of goods.